The Olympic Studies Centre at the Autonomous University of Barcelona (CEO-UAB) promotes a MOOC Course (Massive Open Online Course) on the Olympic Games and the Media in the Coursera platform, the most important platform of open online courses in the world. 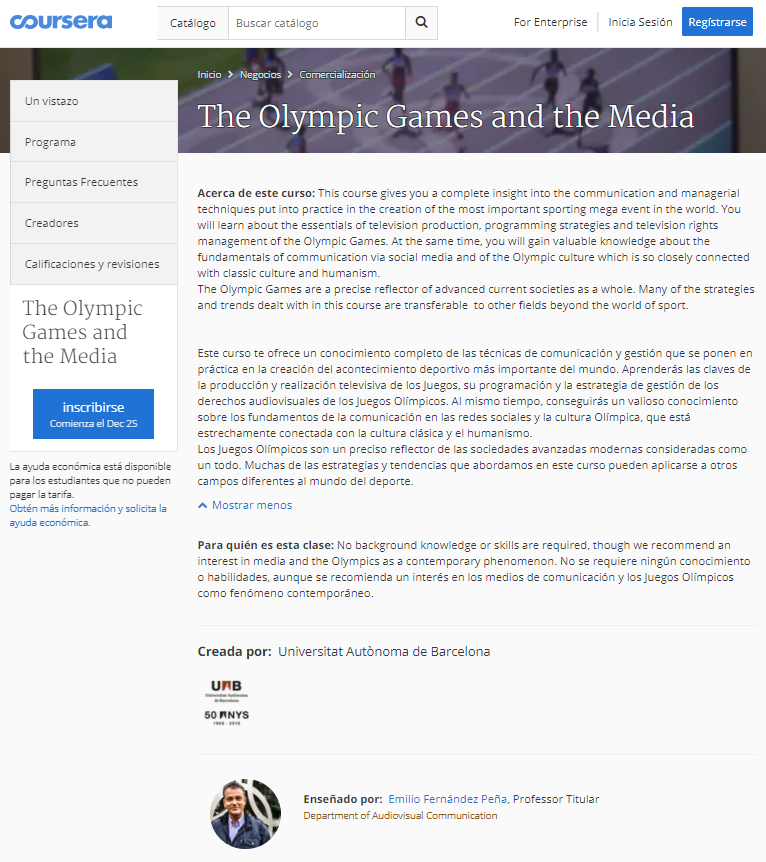 The Olympic Games and the Media is a 5-week course taught in English, with subtitles in Spanish. Its main target are undergraduate students. The course is produced by a team of more than 6 people led by Dr. Emilio Fernández Peña the director of the Olympic Studies Centre (CEO-UAB), instructor of the course.

More specifically, the course deepens into:

Students receive every week teaching materials consisting of video lessons with embedded quizzes and suggested short readings, and are asked to produce various essays. Students can enroll to the course for free and, after completion, will obtain a Coursera Certificate of Accomplishment signed by the instructor.

Coursera is the most important platform of open online courses in the world with more than 6 million students. A platform in which apart from the UAB some of the most prestigious universities in the world participate.

CEO-UAB has organised several events to generate debate such as symposiums, conferences and workshops, in collaboration with other local or international institutions. Within the framework …